Nomiaphobia: Fear of the Law 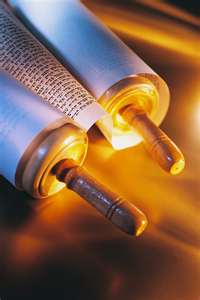 Nomiaphobia; never heard of it? Not surprised, I just made it up from the two Greek words, nomia for law and phobia for fear. I am specifically applying it to one who fears the Torah. You may wonder, “Are there people out there like that?” Sure there are. And 9 times out of 10 they are the victim of a satanic conspiracy. As most of the Torah obedient Messianic and Natsarim out there know, the Torah has gotten a bad rap when the Gentile believers began to separate from the Jewish believers and thus began to renounce the Holy Torah, led away by anti-nomians such as Ignatius, Marcion and Constantine. This 2000 year old conspiracy has kept people in the dark regarding the true nature and purpose of the Torah in the life of a Believer in Messiah Yeshua and the lid has been blown off this conspiracy since the 1960’s and has gained considerable momentum to this day. So much so that the enemy has now begun to corrupt and discredit the Messianic and Natrsai movement by cult-fanatic knock-offs, like a bad New York sidewalk Gucci bag! I have made series of videos and blogs warning folks of these Red Flagger’s ruining our reputation (http://www.abrahamsdescendants.com/red-flags.html).

I recently ran into a person who grew up in a church where a so called Christian leader MISUSED a Law they don't even believe in to control and abuse their congregants. The Law is not at fault, the so-called "Christian" who wields it is. When I began to talk about the Law immediately the spoon-fed pat answers we were all brainwashed to regurgitate as Christians began to spill out. The first reaction I was tempted to take was to role my eyes and say, “Not another one, they just don’t get it and I am too tired of beating this dead horse…” But I didn’t, This person was a true follower and pursuer of Messiah and His Holiness, so I knew that there was something deeper to this knee-jerk reaction. When I found out this person was spiritually abused by someone who used the Torah as whips and chains instead of child-proof lock on the kitchen cabinet I knew I had take a new approach in discussing the Law with this person because they linked the Torah with the Spiritual Abuse they suffered under a so-called “Christian” leader. So I explained it to them this way. I told them that their abuse was sadly like a woman being sexually abused as a child, then growing up and getting married and having intimacy issues with her husband because she has a grave misconception about sex and intimacy in the bonds of marriage due to her abuse. Similarly, I told them, they have been abused by folks who claimed to wield the Law and thus they now have a grave misconception of the Torah and thus have had intimacy problems with our “Husband” Adonai, seeing as we each are the Bride of Christ. Then I explained that many Christians do not know that Jews do not believe they have to keep the law to earn their salvation. This is what Christianity has taught them. No this is not how Jews see the Law at all. They see it as marriage vows they keep because they love their Husband. So the motivation in keeping the Law is not one of fear, but of love!

I also told them that it makes no sense that God would take Israel out of Egyptian bondage just to put them under another form of bondage, the bondage of something called the Law. That is what Christianity says about the Law isn't it, that it is a bondage? To me that is a sadistic and cruel God, and one I do not wish to serve. The Law is not a bondage but freedom. I then asked them, what makes American a FREE COUNTRY? ITS LAWS! The laws keeps one free from anarchy and harm, it allows us to life, liberty and the pursuit of happiness. Similarly there is freedom in the Laws of God (Torah) that Christians misunderstand or refuse to understand. Even across the internet I say the light bulb turn on for them, I seen they had an “Aha” moment, that it all began to click for them. Praised be His Name!

So next time one reacts in a fear when you speak of the Law (Torah), though you may be tempted to roll your eyes and smack your forehead and say, “Not again.” Ask the Ruach HaKodesh (Holy Spirit) to give you discernment because you may be dealing with a Nomiaphobic person who has been spiritually abused. It’s not their fault, remember they are the victim.

I wrote a book for people who have serious misconceptions regarding the Torah, it is called, “Get Back to the First Century” and is available in paperback or electronic format at http://www.lulu.com/spotlight/raybash